Our mission is to provide a superior, instantly deployable compliance platform that helps businesses protect themselves and make the financial system safer through continuously evolving intelligence. 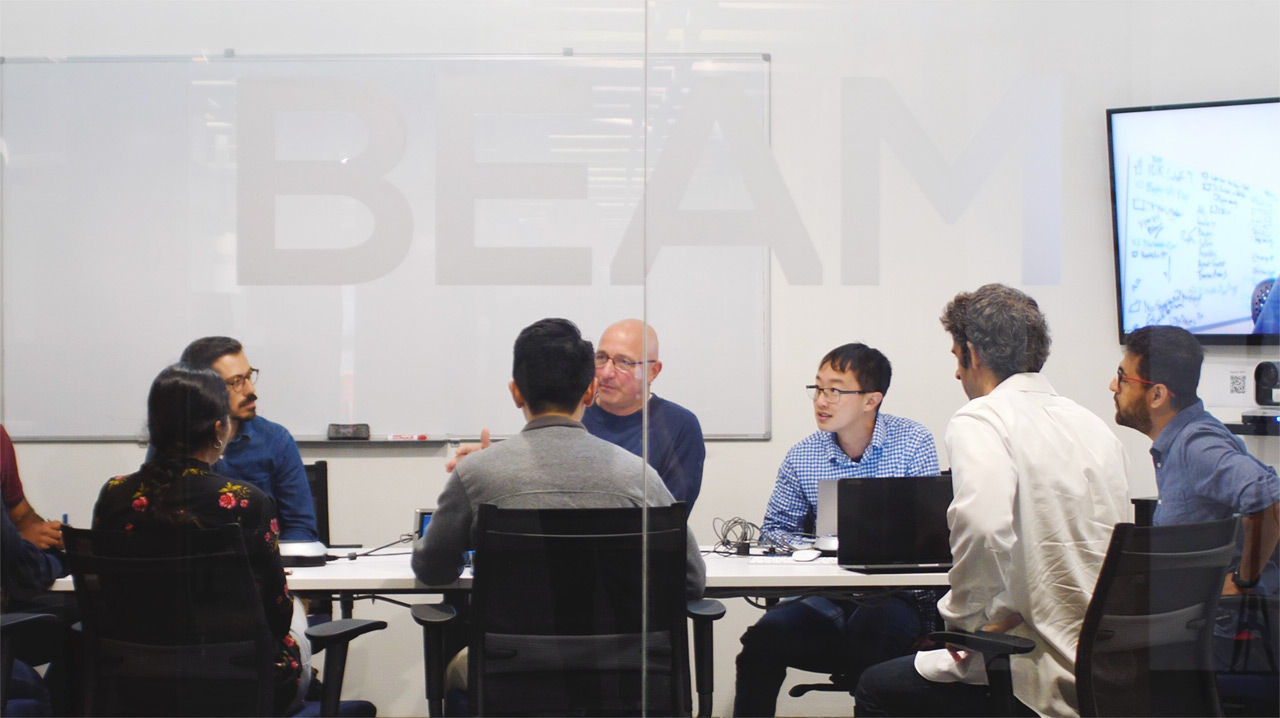 We strive for excellence in everything we do, looking forward in order to innovate and looking to the past in order to learn and refine our work.

We take personal initiative and achieve success as a team

We share knowledge, help each other, create opportunities, and make sure every single person grows and succeeds.

We believe in transparency, honesty, and professionalism in all our communications and interactions.

Empathy is our cornerstone

We genuinely care about the people we work with, both inside and outside of Beam.

Our team has real-world experience working in regulatory compliance and fraud detection for Facebook Payments, PayPal, Xoom, and more 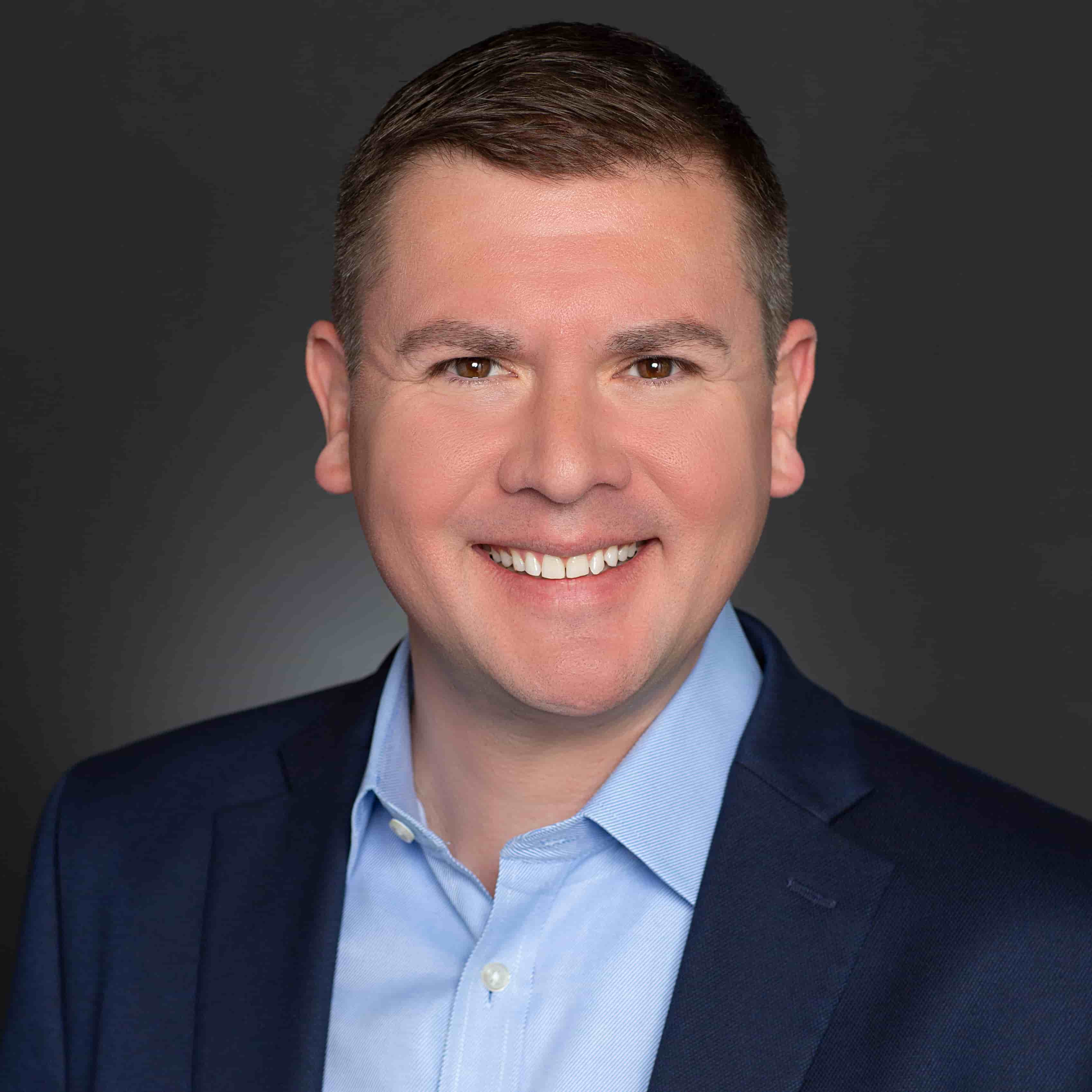 Ben is a fintech compliance and product leader with deep experience across the financial services, regulatory, and technology industries. Before co-founding Beam, Ben served as Chief Compliance Officer of Facebook Payments from the subsidiary’s 2010 formation through mid-2015. While at Facebook, Ben built a global compliance team, managed worldwide licenses and regulator relationships, and directed internal compliance software builds and external compliance software requisition.  Prior to Facebook, Ben worked at PayPal and represented payments and platform companies in private practice as an attorney. Ben has also consulted with and served on the Boards of Directors of several fintechs, including startups and established companies, and taught classes at Santa Clara Law. He earned his J.D. at the University of California, Berkeley. 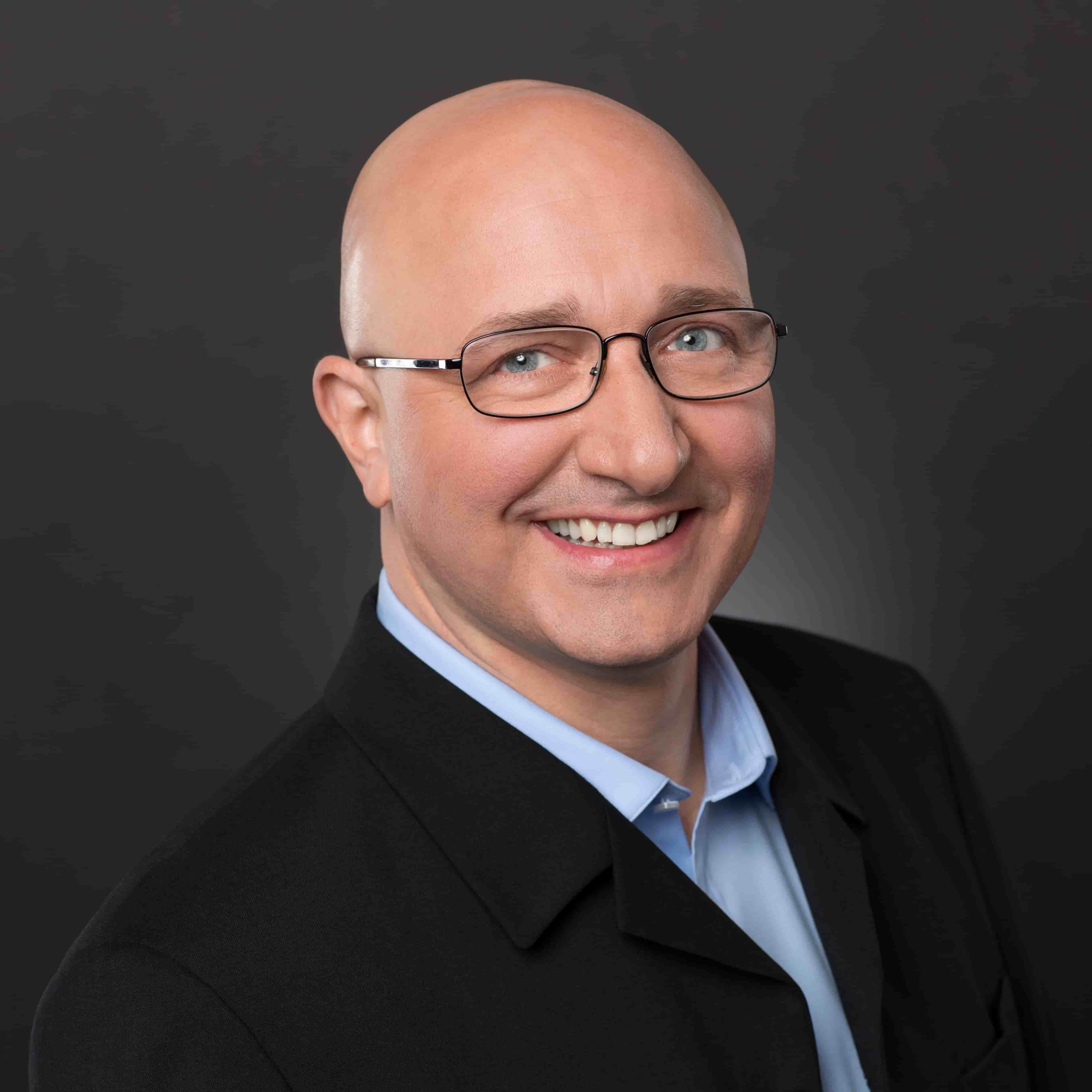 Andreas is an industry expert in online payments compliance and a technology leader with over 20 years of experience delivering unique and creative software solutions for the financial industry. Andreas previously worked at PayPal where he provided technical leadership to the Xoom risk engineering team integrating into PayPal’s global risk environment. Prior to PayPal, he formed the team that designed and built Xoom’s proprietary fraud detection and regulatory compliance ecosystem from the ground up. Before Xoom, Andreas worked as open source developer and enterprise lead developer at MuleSoft and CollabNet. Further, Andreas taught advanced software design at UCSC Silicon Valley Extension for 14 years. Andreas received his B.Sc. in Computer Science from Dortmund University of Applied Sciences and Arts, Germany. 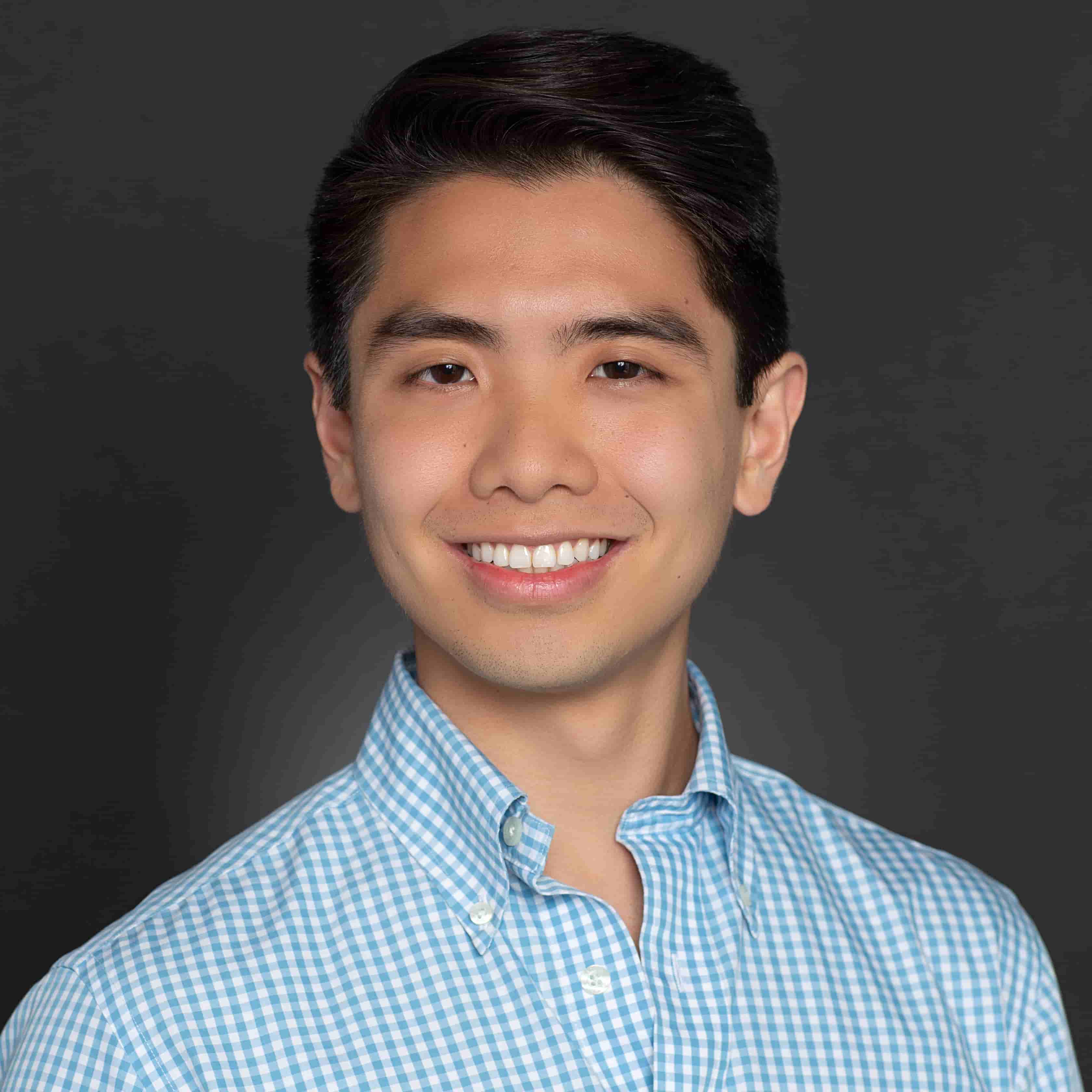 Kevin is a data science expert on the leading edge of machine learning and analytics. His philosophy is to focus on interpretable yet robust models for more widespread acceptance of machine learning, and he is building a world-class team of data scientists at Beam to help achieve his vision. Kevin worked as a senior consultant at Ernst & Young focused on technology and analytics, and he held engineering internships building optimization and simulation models. He has data science research and consulting experience with Fortune 500 companies, professional sports teams, and top research professors. At Beam, Kevin leads initiatives to continue collaboration with top data science researchers and graduate students, hosting yearly practicum projects with UC Berkeley and the University of San Francisco, for which he was recognized with Berkeley’s Fung Institute Mentorship Award. Kevin received his M.Eng in Industrial Engineering and Operations Research from the University of California, Berkeley. 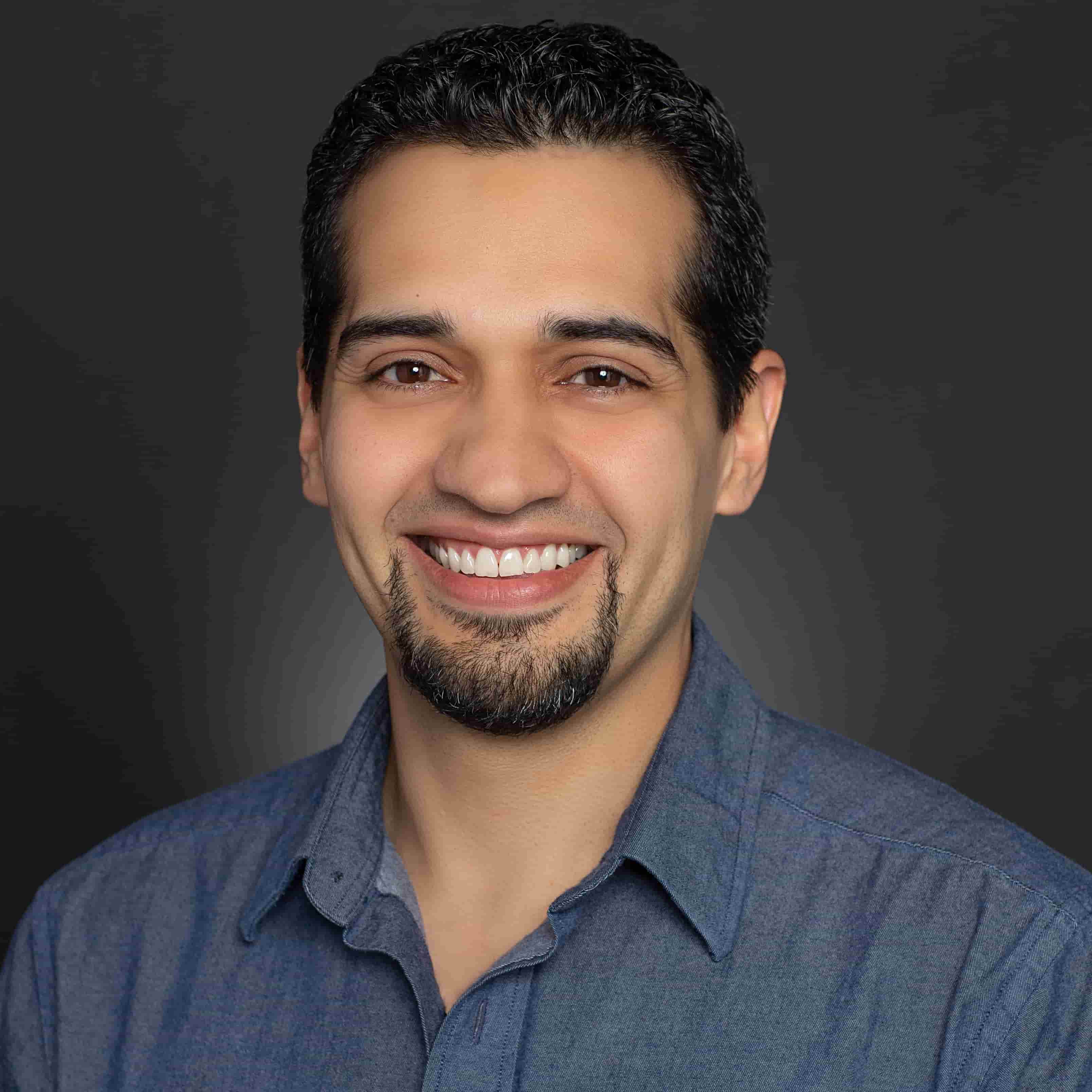 Luis brings a wealth of product management and compliance experience to Beam. He was the Head of Integrations at BlueKite, where he led product management and business development for their cross-border bill payment product until they were acquired by Xoom, where he focused on integrating both platforms. When Xoom was acquired by PayPal, he became the lead product manager for their identity verification experience, which allowed customers to increase their sending limits from $2,999 to $50,000 per transaction, and he led the team that built the CDD verification experience expanding into Canadian and European markets. Luis is passionate about building outstanding technical products through organizational discipline and the alignment of engineering and business goals. Luis received his B.S. in Electrical Engineering from Universidad Galileo in Guatemala. 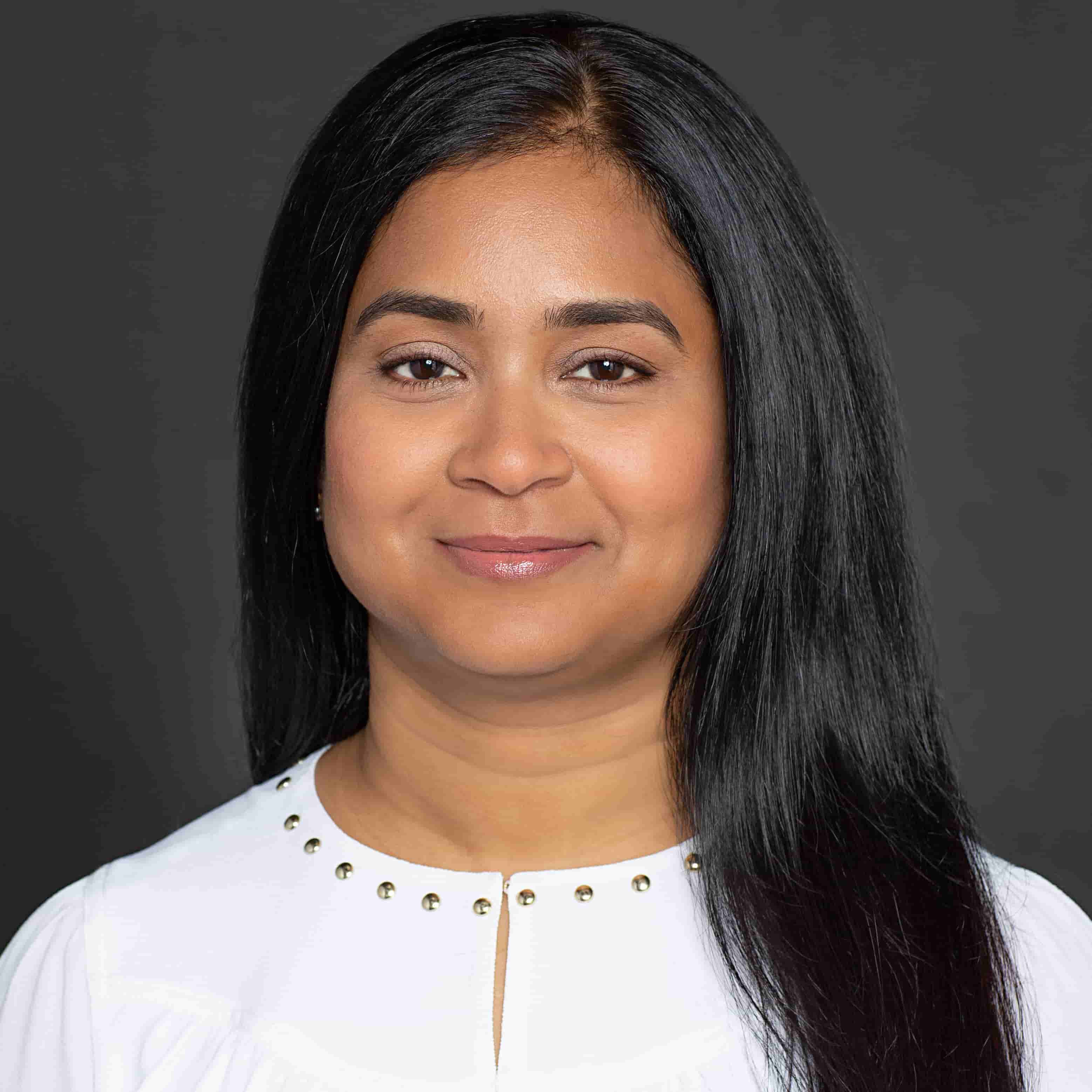 Aruna is a technology leader with over 20 years of experience in engineering, quality assurance, and release management. She came to Beam from PayPal/Xoom, where she was the Senior QA Engineering Manager in the risk engineering team integrating into PayPal’s global risk environment. At Xoom, Aruna built the test automation framework and deployment process for their proprietary fraud detection and regulatory compliance ecosystem and built the QA team from the ground up. At Beam, Aruna uses her technical expertise and extensive QA leadership experience to manage the technical and workflow challenges of continuous delivery, ensuring the consistent stability and quality of the Beam platform. Aruna received her M.S. in Computer Science from Western Michigan University. 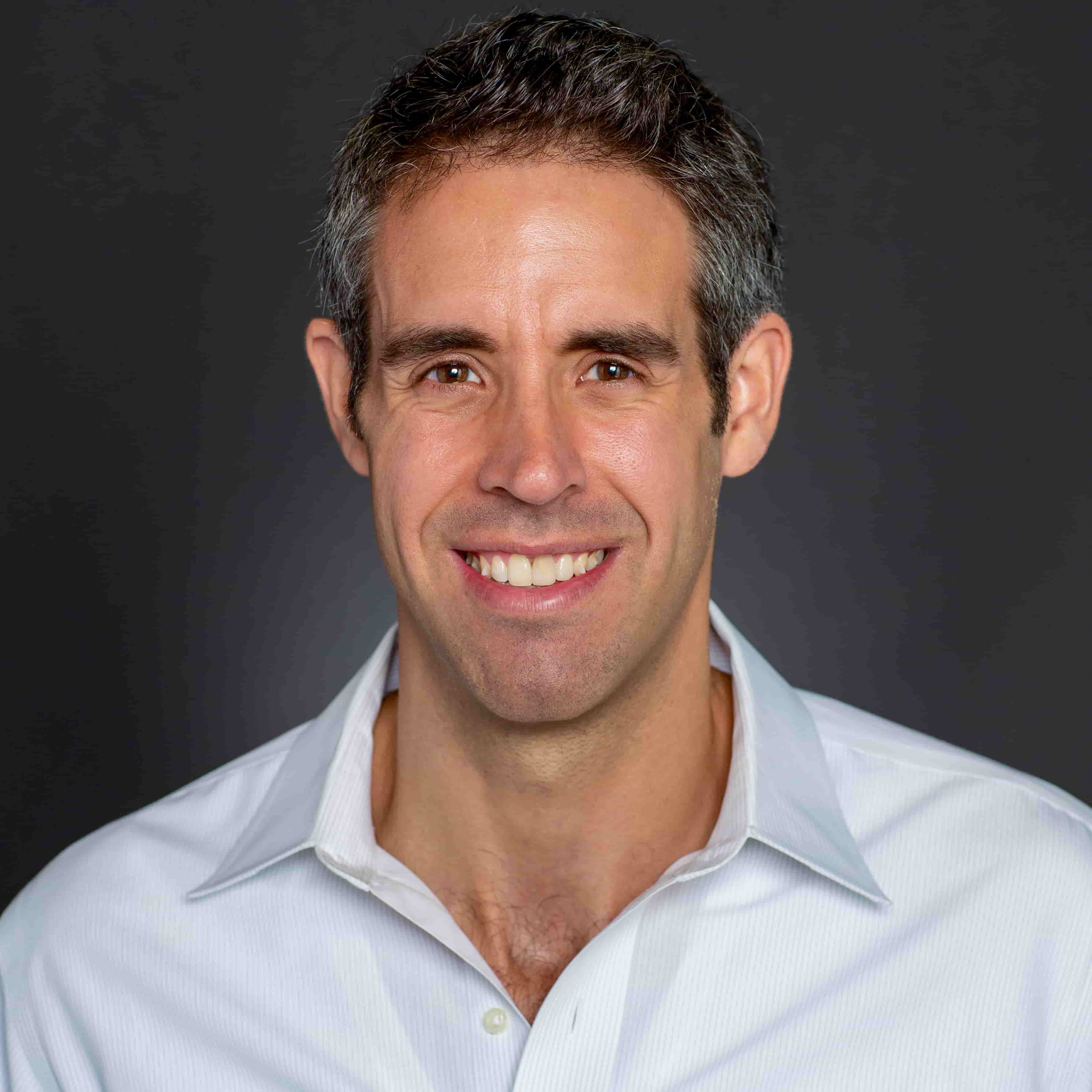 Stewart is a finance and strategy leader with extensive experience at early-stage startups. He was Head of Operations at the transportation startup Chariot, where with the CEO he led the company’s all-cash acquisition by Ford Smart Mobility. He subsequently co-founded a cryptocurrency investing startup that was one of the first such companies to be licensed by the SEC. Stewart began his career as an analyst at the hedge fund BlueMountain Capital Management and has had internships in investment banking, patent litigation, and baseball operations. Stewart is a licensed California attorney and has an A.B. cum laude in Economics from Harvard and a JD/MBA from UCLA. 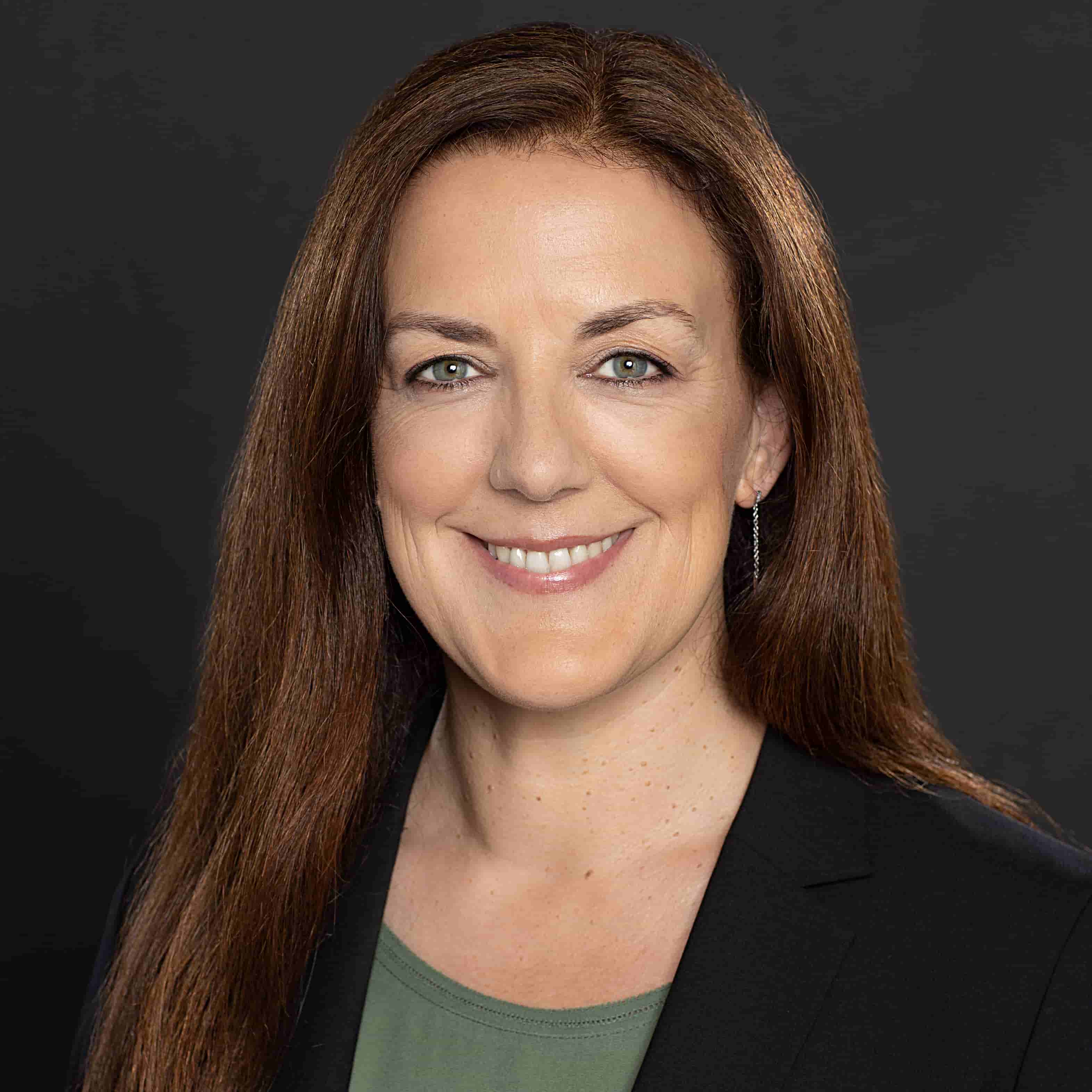 Jackie is a content expert with over 20 years of experience creating documentation, training materials, and marketing content. Prior to Beam, Jackie was the VP of Technical Content at WSO2, where she led the documentation and training for their open source middleware products. She has also worked as a Director at NICE, Mulesoft, and Northstar Systems, which created financial services software. She has received awards from the Society for Technical Communication for her documentation, including a Best in Show award when she was at Autodesk. Jackie founded the Tech Writers Sri Lanka meetup group and published a free online Writing Fundamentals Guide to help people around the world enhance their writing skills. Jackie received her B.A. in Geography from UC Santa Barbara and is currently working toward her Certificate of Business Excellence from Haas School of Business at UC Berkeley.

Our advisory board includes regulatory and compliance veterans 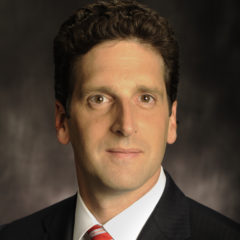 Benjamin has over 20 years experience spanning every branch of government, at both the federal and state levels. He is currently CEO of The Lawsky Group, and also a Visiting Scholar at Stanford University’s Cyber Initiative. He previously served as New York State’s Superintendent of Financial Services from 2011-2015. Prior to that he was Governor Andrew Cuomo’s Chief of Staff, Prior to that, he served in a top position in the New York State Attorney General’s office and spent more than five years as an Assistant United States Attorney in the Southern District of New York. Mr. Lawsky is a graduate of Columbia Law School and Columbia College. 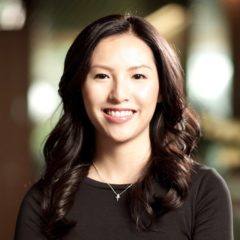 Kathy is an entrepreneur, startup advisor and investor. Previously, she was an operating partner at Khosla Ventures, a leading Silicon Valley venture fund. In 2010, Kathy co-founded growth-stage investment firm, 137 Ventures whose investments include SpaceX, Spotify, and Eventbrite. She started the fund after having been an early Facebook employee, where she worked closely with the company’s executive, engineering, and business teams to develop key messages about the Facebook’s products and corporate strategy. Earlier in her career, Kathy led Senator Bob Casey’s successful bid to defeat Rick Santorum and was the director of operations for John Kerry’s 2004 presidential campaign in Pennsylvania. She has received two POLLIE awards for direct marketing from the American Association of Political Consultants (AAPC). Since 2008, Kathy has been a senior advisor to South by Southwest (SXSW), an annual Austin-based technology conference known for jump-starting entrepreneurs and companies. 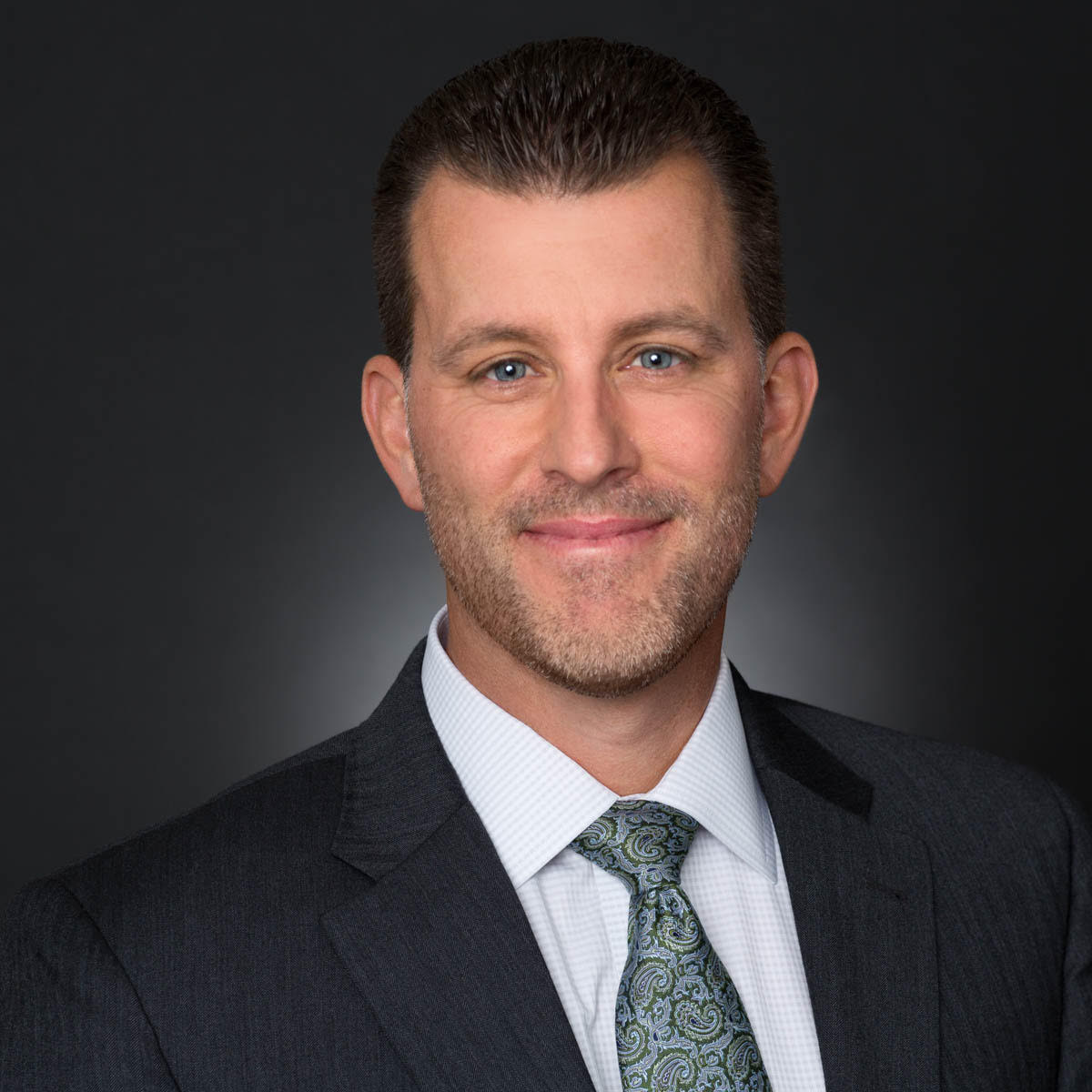 John McCarthy has been involved in the national security, law enforcement, and compliance fields for more than two decades. John is currently the BSA/OFAC Officer at Bank of Hope. Previously, John was Senior Vice President and Deputy Bank Secrecy Act Officer at Bank of the West-BNP Paribas and, before that, the Chief Compliance Officer at Airbnb. Prior to joining Airbnb, he was Executive Vice President at Citigroup and managed Global AML Operations Standards and Training. John also managed Latin American AML Operations at Citigroup and was Senior Vice President and Director of Financial Intelligence at Union Bank, in San Francisco, California. 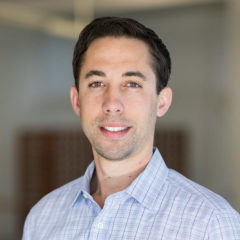 Rich is co-founder and Chief Strategy Officer of WePay, an industry-leading provider of integrated payments processing to over 1000 platforms. WePay was acquired by J.P. Morgan Chase in 2017. As a graduate of the startup accelerator Y Combinator who took his company from founding to acquisition, Rich brings Beam’s leadership team a wealth of founder-level experience and knowledge. Rich also brings deep expertise in risk management and the intersection of payments and technology. Rich earned a B.A. in Political Science, Economics, and Philosophy from Boston College. 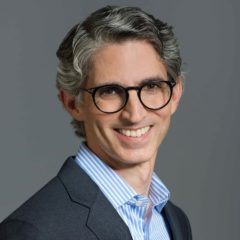 Troy is the founder of the Paredes Strategies LLC consulting firm. From 2008-2013, Troy was a Commissioner at the U.S. Securities and Exchange Commission, serving throughout the financial crisis and its aftermath. Currently, Troy advises on financial regulation, compliance, risk management, corporate governance, and dispute resolution. He has brought his government, compliance, and regulatory experience to bear in serving as an independent compliance consultant/monitor. Before becoming an SEC Commissioner, Troy was a professor of law at Washington University in St. Louis. Troy serves as an advisor to various businesses, and has served on the board of directors at other companies. Troy holds a bachelor’s degree in economics from UC Berkeley and earned his J.D. from Yale Law School. 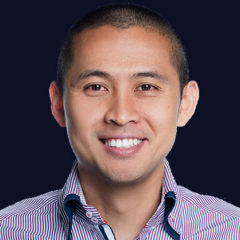 George is the Chief Data Officer for Guidewire Software where he leads product and engineering for analytic products and solutions. Prior to the acquisition by Guidewire, George was a co-founder and Chief Technology Officer at Cyence where he architected a cyber risk assessment platform that combines internet scale data collection, machine learning, and financial modeling to assess technology driven risks. Prior to that, he was the Chief Data Scientist at YarcData, a Computational Social Scientist at the Defense Advanced Projects Agency (DARPA), and Special Staff for the United States Computer Emergency Readiness Team (US-CERT). He has also taught classes in Game Theory and Microeconomics at American University. He received his PhD from UC Irvine and B.A. from UC Berkeley, both in Economics. 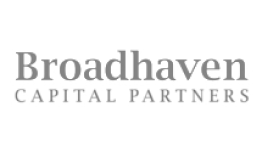 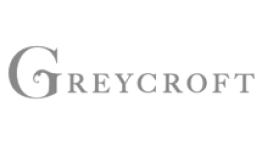 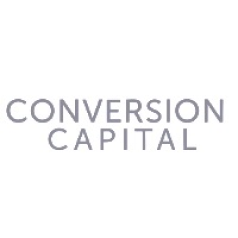 See how Beam can solve your compliance challenges

By looking at your data from all angles, Beam yields significantly fewer false positives and higher catch rates.

Thank you! Your submission has been received!
Oops! Something went wrong while submitting the form.